If you or a loved one has been arrested and charged with a crime in Ottawa, Ontario or the eastern region, you may be eligible for release on bail while you await trial. At AGP Law Firm, our experienced criminal defence lawyers are dedicated to helping individuals navigate the bail process and fight for their release.

The bail process in Canada begins when a person is taken into custody after being arrested and charged with a crime. The accused person then has the opportunity to apply for bail through a bail hearing, which is held in front of a judge or justice of the peace. During the hearing, the accused person can present evidence and argue why they should be released on bail. 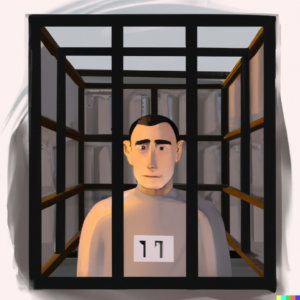 It is crucial to have a lawyer present at the bail hearing to help the accused person navigate the legal process and protect their rights. At AGP Law Firm, our lawyers are skilled in representing clients at bail hearings and building a strong case for their release. We work closely with our clients to understand their individual circumstances and present the most compelling argument for their release on bail.

If the accused person is unable to secure a surety or is deemed a flight risk, they may be held in custody until their trial. In these cases, the accused person may have the opportunity to apply for bail again at a later date, although each subsequent bail application becomes increasingly difficult to obtain.

Being released on bail means that they an accused person is allowed to continue their lives as normally as possible while they await trial. However, if an accused person violates the terms of their bail, they may be taken into custody and their bail may be revoked.

Canadian bail law is an important part of the criminal justice system. It allows individuals who have been accused of a crime to continue their lives while their case is being resolved, provided they are not a threat to public safety or a flight risk. While the bail process can be complex and can vary from one case to another, it is designed to ensure that individuals who are released on bail are able to return to court for their trial and face their charges. At AGP Law Firm, we are dedicated to helping our clients navigate the bail process and fight for their release.