Murder vs Manslaughter: A Guide from AGP Law

Canada’s criminal justice system takes the seriousness of a crime very seriously, and the distinction between murder and manslaughter is very important in determining how severe a punishment might be and the best trial strategy for Ottawa’s criminal courts. 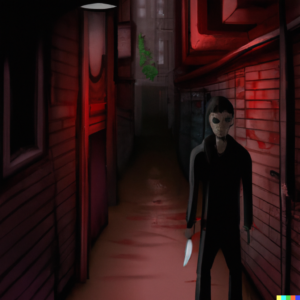 The Canadian criminal code makes a distinction between murder and manslaughter, which is important to understand when dealing with homicide cases.

Homicide cases—manslaughter, murder, and driving offences where a person loses their life—are the most serious offences in Canadian law. These offences are often tried before a judge and jury, and often involve complex legal and factual issues such as self-defence, provocation, intoxication, or mental disorder.

Murder is on of the most serious crime in Canada and is defined as the intentional killing of another human being, either directly or indirectly. In order to be convicted of murder, the accused must have intended to kill the victim or have demonstrated reckless disregard for the consequences of their actions.

First degree murder is the most serious form of murder, and requires the perpetrator to have planned and carried out the murder in advance.

Second degree murder is considered a lesser version of first degree murder and does not require the same level of planning or premeditation.

Constructive murder is a kind of second degree murder in which an action has been taken, without the intent to kill, that results in the death of another person.

Punishment for Murder and Manslaughter

The lawyers at AGP have a proven track record of successfully defending our clients in court and have the skills and resources necessary to build a strong defence. We prided ourselves on providing personalized and attentive service to each client. We know how to defence serious charges and are ready to help

If you are facing criminal charges, please contact us for a free consultation.